Growing marijuana does not have a set period, according to a professional grower. If you desire a quick response, it will take 3 to 5 months on average to grow. Things will become more tricky once we get into the details — the process might take anywhere from 8 weeks to over 8 months. Why is this the case? This is due to a number of factors that will be discussed further down.

What can slow down or speed up Cannabis growing?

To begin, obtain seeds from breeders or internet seed banks. Then go over the passport information they give you on that particular strain, its variations, and the growing conditions you estimated ahead of time. Actually, the length of time it takes to grow weed is dependent on the environment, thus following the instructions will result in bumper crops. However, there may be stumbling blocks along the way:

Too cold or hot indoors

Growers agree that the ideal temperature for cultivating weed is around 75°F (or 25°C), but it can range from 70–85°F and 20–30°C during the day to 62–68°F or 17–20°C at night. The cannabis plant will take significantly longer to evolve if the temperature is lower or higher than that.

Too large or small root system

If there isn’t enough room in the pot for the roots to grow, the plant may perish or produce little or no fruit. At the same time, there’s nothing wrong with the huge root, but it won’t get you there quickly. Cannabis with enormous roots in a large pot will have healthy, robust roots and produce bumper crops in the long run. However, because the entire process could take weeks, you’ll need to be a little more patient than usual. So you must choose if you want a small harvest in a short time or a large yield in the long term.

Factors that cause stress

Plants, like humans, are susceptible to stress. An injury, overwatering, nutrient excess, continually changing environmental circumstances, and so on could all be factors in this scenario. While the cannabis plant may be able to resist all of these obstacles, it will take time for it to recuperate from the stress, delaying the ripening season.

It’s critical to understand what strain you’re growing and what it requires. They differ in a variety of ways, including blossoming time.

Wrong steps taken at different phases of growth might cause the culture to be extended, if not completely destroyed. As a result, knowing how long each stage lasts and what the plant requires during that time is critical. That is precisely what we will discuss further down. 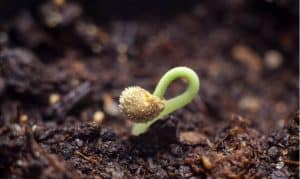 The initial stage of the cannabis seed’s development, during which it sends out shoots and generates its first set of “real” leaves.
If you’re a beginner, sprouting is really simple. You can let the seeds grow in the soil by placing them directly in it or keeping them damp paper towels until they sprout. Seedlings will sprout in one day, but they will need to be strengthened for another 3-5 days before being planted.

Vegetation is the stage of the plant’s life cycle during which it produces the longest stems and pointed leaves, resulting in enormous, luxuriant cones. Most hemp plants need to be in this stage for at least three weeks before producing buds, and after that, you’ll have to select how long the plant should be “sexless” before commencing the flowering cycle.

Allow more light into your tent or wherever you’re growing plants, cannabis flowers require light in the same way as humans require oxygen. If you give the plant less light during the transition stage, it will produce more buds, but they will be smaller and mature faster. This is because the plant will “believe” that winter is approaching and that it must ensure that “babies” are produced in a timely manner.

But, before we go on to the flowering stage, let’s have a look at the conditions in which weed must survive throughout the vegetative stage. As a top dressing, it is time to introduce fertilizers.

Whether you’re growing Indica or Sativa, the length of time the plant spends in a vegetative state is determined by the type of cannabis you’re cultivating. We will not discuss the stereotypical impacts of each type in this essay, but rather describe how they appear and what they require.

As previously said, the first buds may show as early as the third week, but the hemp is projected to flourish in the fifth week on average. How long will cannabis continue to produce flowers? Once again, there is no definitive answer because it is very dependent on the strain or genetics of a particular variety. However, in the vast majority of situations, this should last 8-12 weeks. Some varieties will begin to develop buds as soon as they are 3 weeks old (these are usually auto-flowering varieties), and the harvest can be harvested as early as the fifth week. Other cannabis varieties will take months to grow buds, but they will produce bumper crops since their flowers will be exposed to the sun for longer periods of time. Overall, this stage might extend anywhere from 5 to 16 weeks.

The length of time the plant remains in the flowering stage is mostly determined by the strain. The plant will begin to produce buds if you move it from the second to the third stage. They’ll get fat and ripe, and you’ll be able to pick them.

Fourth stage – Harvesting (2 to over 4 weeks) 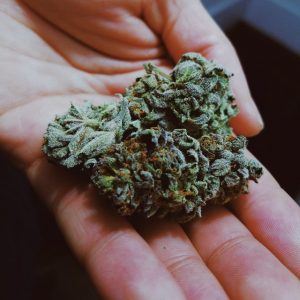 This is every grower’s favorite stage. Why? For starters, they get the benefits of their labor. Second, it’s at this stage that cannabis develops its distinctive aroma and appearance. The racy buds must be preserved for about a week after harvesting to allow them to “relax” (basically, drying). The «curing» comes later. For at least a fortnight, the buds must be placed in jars. This final stage is critical since it aids in extracting the best qualities from buds, in particular, making them more racier and improving their flavour (consuming cannabis that has been processed in this way would not lead to headaches or some other unpleasant effects). This could take anything from two to four weeks in total.

Many websites refer to harvesting as the final stage of hemp cultivation, but you’ll need to conduct certain post-harvesting processes if you want your fruits to be of the highest quality. This could take anywhere from a fortnight to two months.

Biscotti Strain – Know Everything About It

How To Turn Your Business Into A Desirable Employer

WHAT ARE THE BEST NIRVANA SEEDS STRAINS?

How To Turn Your Business Into A Desirable Employer